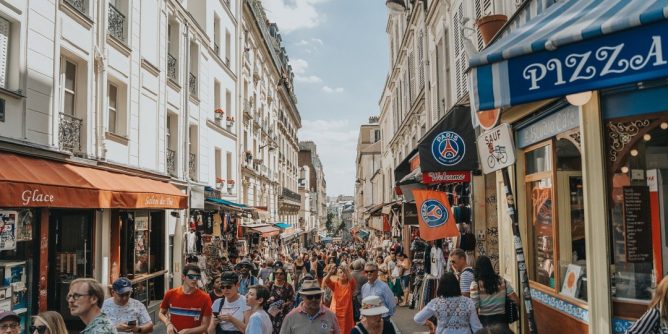 The first leg of Bayern vs PSG didn’t disappoint as PSG came away with a vital 3-2 win heading into this return leg. The game is still in the balance and the tie is far from over. Another exciting encounter is sure to take place in France.

Entertainment is what we saw from both these sides in the first leg in Munich, and it’ll likely be a repeat here in Paris.

Kylian Mbappe was once again the difference maker as he opened and closed the scoring, which gives his side a great advantage heading into the second leg.

PSG has played a certain counter-attacking way over the past few legs in Europe, first against Barcelona who they knocked out, and it was the exact same way against Bayern in the first game. Here, it’ll likely be more of the same as the pace that Paris can counter with is hard to stop.

Bayern’s defense couldn’t handle the likes of Neymar and Mbappe, and each time either player got on the ball, it was a panic for Bayern at the back. There could have been more goals for PSG, despite how dominant Bayern was in the game for most of the match. Italians Verratti and Florenzi could return here as they recover from Covid-19, and they will be a huge boost to this team who has suffered a few injuries over the past few weeks [1].

Verratti will be a player that PSG can look towards to control the game in midfield and he could be crucial, while Florenzi will be a step up in class to Colin Dagba, who did impress during the first leg. It’s a game that PSG has control over, and with Bayern having to go on and score a few goals, there will be space again for the counter-attack which is where Bayern will struggle.

Bayern was dominant against this team, at least after going 2-0 down. Despite having several players injured and more leaving the field due to injury during the game, it was a great comeback from the side that shows their true character. They pushed the game to PSG after losing 2 disappointing goals, and in the second half, they were a different animal altogether.

It looks as though there will be a number of players unavailable again for the trip to Paris, with some key players missing their Bundesliga game at the weekend, but the biggest miss will be Robert Lewandowski who hasn’t recovered in time [2]. Despite all this, the tie is still there. Bayern will believe they have what it takes to turn over PSG, as they were unlucky to come away with a defeat after controlling the game and creating countless opportunities.

Choupo-Moting should lead the line again, and he showed that he can be a problem for PSG’s defense, while Thomas Muller is always a player that gives everything he can and will be the key man that Bayern looks towards.

Bayern has to take the game to PSG again as they need goals, and they will control possession, but once that counter happens, their true weakness shows and it could be where PSG capitalises on once again.

Bayern has to be open, and there will be space behind. Even if they weren’t open, the talent that PSG has going forward means that goals will come against a Bayern defense that won’t be full strength.

Players are likely to be missing from the Bayern backline, and pace could be another real issue at the back for them while PSG’s counter-attacking ability in Europe has been the key to their success in recent fixtures.

Bayern will have to come to Paris and push the game to PSG which will create a lot of opportunities for the likes of Mbappe and Neymar, who can be deadly.