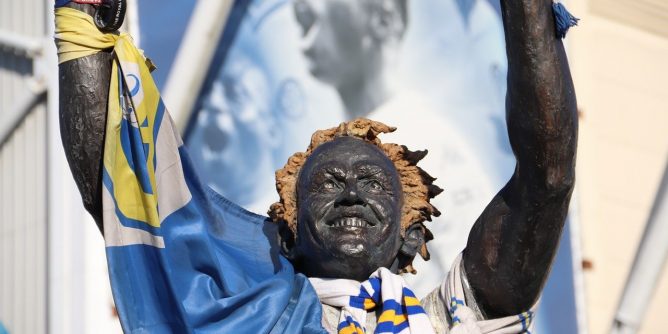 Entertainment is to be expected at Elland Road on Monday when these two teams take to the pitch. Leeds had a fantastic result against Man City last weekend, beating them 2-1, while Liverpool is still well in the hunt for Champions League football after a late strike at Anfield gave them all 3 points against Aston Villa.

Beating Man City should give Leeds a lot of confidence heading into this one. The opening fixture of the season saw this game ended 4-3 to Liverpool, and it wouldn’t be a surprise if there were a lot of goals in the reverse fixture here.
Leeds plays some of the most entertaining attacking football in the league, and the pressure they put on teams means that there will be a lot of chances created for both sides. It’s an exciting match-up, even more so given the fact that we don’t know where Liverpool really is at.
Liverpool has won a few games on the bounce now, but they still look vulnerable defensively and Leeds could give Liverpool a real setback if they were to get a result here.
While Leeds is only likely to finish mid-table, it is their first season back in the top league and they’ve been such a welcomed team to see. Marcelo Bielsa sets his side up to play one way and it doesn’t change no matter who they come up against, and that has to be admired. Defensively they can leak goals, and they’ve shown that at times throughout this season also as they’ve been on the wrong end of some hidings, but when they’re at it, they can compete with any team in the league. Key players Rodrigo and Raphinha are doubt for this game, while the latter will be a bigger blow as he’s been exceptional since joining from Rennes [1].
They’re exhausting to even just watch, so I can’t imagine players want to come up against Leeds and they’ll be well drilled again for this one. They’ve proven all season that this Leeds side can hang with the best of them, and it wouldn’t be a surprise if they got a good result here.

Trent Alexander-Arnold has come under a lot of criticism lately and was left out of the International squad also for March’s games. His late injury-time winner against Aston Villa last weekend must feel like a weight off his shoulders and is a vitally important goal as we head into the last few games of the season. That goal should now spur Liverpool on to challenge for Champions League football next season, and they’ll fully believe they are capable.
Heading out of this season’s Champions League means that this side can now fully focus on the remaining Premier League games and every game is a must-win from here on out. There are a few teams above them playing well and all are vying for a Champions League place, but Liverpool must believe that there will be clubs above that will start to falter and as long as Liverpool continues to win, there will be every chance they can nick a spot. Three wins in a row have seen some sort of form back in the side, and it couldn’t have come at a better time. There will be a lot of changes in this game for Liverpool, but it’s whether they are capable of taking them or not as that hasn’t been the case for a lot of players this season. Salah has been the only Liverpool player that has impressed all season, while Mane and Firmino have disappointed along with a lot of others.
Defensively there are still mistakes in this team, and they have to improve quickly as this is an important period for the club. Klopp knows that Liverpool will have to work their socks off for 90 minutes if they hope to get anything from this one [2].

Four goals is a lot to ask for a game, usually. Not here though. This one is set for two sides to give everything they have and Monday night should be a treat for any fan of football. Liverpool put 4 past Leeds themselves in the reverse fixture, and there will be plenty of chances for both teams.